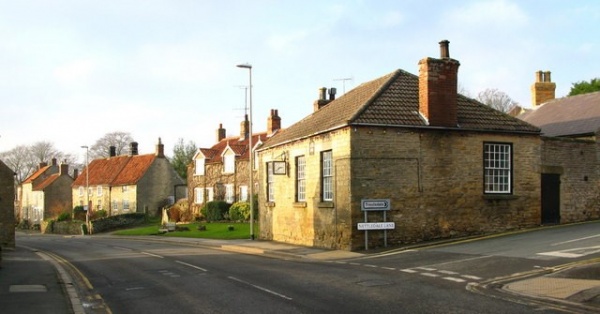 The first Parish Meeting under the New Act was held in the Old Schoolroom on Tuesday the 4th day of December 1894 at 7 o`clock in the evening.

Mr. C. Stonehouse (Asst. Overseer) having read the notice convening the meeting and intimated that a Chairman would be required to conduct the meeting, it was proposed by Mr. Wm. Webster and seconded by Mr. R.S.Nessfield (overseer) and unanimously resolved that Dr. Davies be Chairman for the meeting.

The Chairman explained that the business of the meeting was to elect a five Parish Councilors for the Township of Snainton, and asked for Nomination Papers to be handed to him. Fifteen papers representing the nominations of eleven candidates were put in.

This is the first entry in Snainton Parish Councils Minute Book, and it goes on to say that the first Chairman was Mr. Robert Atkinson and Vice Chairman was Mr. Geo Cooper.  The rest of the Council was made up of Mr.Wm. Boak, Mr. John M.Brooke and Mr. Thos. Harland.  This was agreed at the council meeting on 31st of December 1894.  The day agreed for the Council meeting was in fact Thursday, but we now meet generally on the second Monday of each month.  However, the meetings in June and September are one week early and there is no meeting in August.

All are welcome to attend a Parish Council Meeting and we would encourage any suggestions, criticism or even praise.